Is Virtue a Reward?

In 18th century England, something was changing among the literary works, something new, fresh was emerging. It was a new literary genre which has been called a novel. It was different from poetry, theatre, or oral tradition of literature, as a novel was telling different things from other literary genres. It was real and this attracted people around those years. People found themselves in the novels. They finally learned that they were not alone in the whole world that going through things that they did. Therefore, it can be said that the novel was realistic prose fiction and due to the Industrial Revolution, literacy was increasing, this raised the need of the reading new things. To reach reading material, traveling library invented, thanks to it, people started to reach cheap books. The community was rapidly changing, even the illiterate ones were going to hear novels read, this was portraying that people were in need to learn new things, new lives, new experiences that they did not go through. Thanks to the printing press, many people easily reached books or published them without giving a fortune. Many popular novelists also emerged in the 18th century. Samuel Richardson was one of the important figures of that era. Even currently, when someone thinks of novels in the enlightenment period of English literature, one of the first examples that come to mind is ‘Pamela’ or ‘Virtue Rewarded’ which was written by Samuel Richardson.  Virtue Rewarded, which illustrates the culture, tradition, and society of that era, Pamela is different from some novels in an aspect. Since it was written in epistolary form. In the novella, the character’s write letters to tell their story. This means that the plot is not created according to the general rule. It’s one of the distinctive features of the novel. Pamela is an important novel as a literary work not just because of its plot and theme, but also because of the hidden meanings and messages in it which brings different ideas and questions in many perspectives in the minds of its readers. Pamela, aka Virtue Rewarded, has caused many arguments among the analysts and critics owing to its genre, its characters, and the virtue issues in the novella.

Samuel Richardson wrote his novella in the time of formal realism, and he used this genre in Pamela. Perhaps, that’s why he wrote it in letter form, since, he could make the readers assume that they were reading letters of real people thanks to epistolary form. It supports the idea of formal realism by making the novel more believable, which may seem like the whole purpose of him using it in Pamela. However, according to an article which was titled as ‘The 18th-century novel, defining and redefining realism’ the real intention of formal realism has been different in Pamela. S. Richardson intended to teach and even impose people his ideas about morality, religion, the truth. Why did he do this? Or why did this article’s writer assume this?  As, for centuries, some people have manipulated and directed many communities by virtue of morality, religion, vice, etc. Those communities mostly consisted of illiterate people, they were easy to deceive. Hereby, the actions of humans were controlled by imposing these realities, which may seem unrealistic, and manipulating them. It may not seem clear why he tried to impose his ideas on the readers, however, after reading the novel, it is understood that he made, especially, the female character as a paragon of virtue as if morality and virtue made up for the only female. For this reason, as mentioned in the article, due to Pamela, S. Richardson may have intended to teach women to act morally in his view of ethics. That is only an example of the reason why he might do this. When the writer uses formal realism in his/her literary work, the reader can deduce that this piece of literary work is about real issues. Samuel Richardson used this genre not only deceitfully but also cleverly. In the article, J. Kjelland comments on this idea by saying that; ‘Richardson’s formal realism has the unrealistic effect of putting readers out of touch with reality on the aggregate, offering them only his own limited, subjective view of this world.’ It is inevitably true. A litterateur should give his/her readers a chance to think, criticize the issues that are dealt with in the literary work. Nevertheless, offering the readers, the writer’s limited view of this whole world, is not a kind of literary work that makes people’s mind-blowing and forces them to think what is the purpose of the litterateur. These features make the piece a real masterpiece. Therefore, as mentioned in J. Kjelland’s article, in Richardson’s Pamela, the idea of formal realism was distorted by himself. Since realism is not implying or emphasizing, imposing one’s ideas on people, formal realism is nothing but the world itself, it is like taking picture of a scene, it must be objective and be used without inserting subjective ideas of the writer.

In the novel, Pamela is the protagonist character, she is only 15 years old young woman, she is working in Mr. B’s house as a maid, she comes from a religious and poor family. She is also a devout girl. In the novel, she writes letters to her family which means she is luckier than other women in that era when considering the conditions of the 18th-century women in England. Thanks to the character ‘Pamela’ Samuel Richardson has been considered as the first male writer who uses feminist perspective in his work, the title of his work which is ‘Virtue Rewarded’ disproves this idea, to someone who has not started to read it yet. Could the readers think of Samuel Richardson as a feminist, even though the plot of his novella proves the opposite of that idea? Just because he made the female character of the story literate, does this mean that he used a feminist perspective? It may not be said entirely that he used a feminist perspective in the novel, however, when thought about the women in the 1700s, the situation seemed so bad that it may have made people think about it like that. It has made the reader understand how the circumstances were bleak. Because in the novel, Pamela’s purity was rewarded. The idea of purity changes people to people, that is challenges with the idea of feminism, it is an ironic comment. Nonetheless, when considering Samuel Richardson’s point of view thoroughly, it can be assumed that easily his real intend has been making the readers understand that ıf a girl stays pure, she can be rewarded with the marriage as if the marriage is the only thing a girl care about in the whole world.

In the letters, Pamela tells the problem that she lives in that house which is Mr. B is trying to seduce a 15-year-old girl, she constantly says her parents that she will stay pure. At first glance, she looks like a girl who wants to escape from a man who tries to rape her and it can make the reader furious. An innocent girl who tries to earn money and live without helping her parents, it is a disgrace for a man, who is an aristocrat, trying to seduce a girl. After all of the efforts that Mr. B made to seduce and rape her, he feels pity for her and proposes to her. She accepts like that. It is unbelievable. Does she have a psychological disorder such as Stockholm syndrome? Actually, no. Because inwardly she likes him even though Mr. B is not a good man. However, here, the idea that the reader must think is her obliged responsibility to her parents. It is not mentioned in the novella directly, nevertheless, through her writings in the letters, it can be understood that her parents are oppressive and Puritan, they must impose these ideas on her and due to her submissiveness, She tries to ignore her desire to the Mr. B, she may even tell lies to herself. It seems like, the idea of puritanism has been imposed on her, as a result, it is so normal that she feels in that way. The readers cannot understand her inner self thoroughly. Despite all, Mr. B is most probably older than Pamela, his intention has been worse since the death of his mother. How can he even think about seducing and raping? That is outrageous. In the end, the writer made Pamela fell for him and they got married like she was rewarded. When examined entirely, the writer has been praising women’s purity. The novel is controversial and this feature of it makes Pamela more interesting. every reader must recognize different things about Pamela, that show Samuel Richardson’s success in writing a novel. Maybe, that’s why, among the 18th-century novels in English literature, S. Richardson’s Pamela has been the one that has made people argue on it for centuries, and even now every reader finds something distinct in Pamela. Despite all the things that I criticized, this piece of literary work has evergreen features, that are impossible to ignore.

‘’Pamela; or Virtue Rewarded, Analysis of the novel by Samuel Richardson.’’ Classical literature summary and analysis. Published by Lithelper. https://lithelper.com/samuel-richardson/pamela-analysis/ 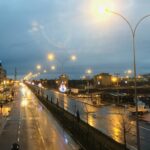